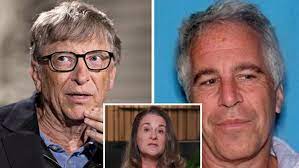 ..., before the pandemic thrust her husband back into the global spotlight as the world's de facto vaccine czar.

Documents obtained by WSJ show the couple negotiated their divorce throughout the pandemic.

Ms. Gates consulted with divorce lawyers roughly two years before she filed for divorce from Mr. Gates, saying their marriage was "irretrievably broken," according to people familiar with the matter and documents reviewed by The Wall Street Journal.

As the Daily Beast also reported, tensions in their marriage can be traced back to a New York Times report claiming that Gates had met with Epstein several times, and that he had once stayed late into the night at Epstein's Manhattan townhouse. Their meetings, according to Gates' people, reportedly focused on issues of philanthropy. The pair first announced their split a week ago, and since then, the world has been waiting to learn more about how they plan to split their $130 billion-plus fortune.

But what's almost more notable than the details report by WSJ and the Daily Beast, is the fact that the MSM seems to be jumping on the story that Bill Gates' relationship with Jeffrey Epstein directly led to the dissolution of his marriage.