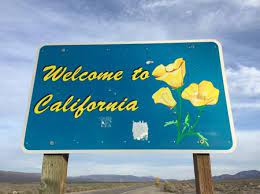 Vast hordes of people have fled the state over the past 12 months, and so that means that there is now plenty of room for more socialists to move in.  But before you come, you will want to make sure that you have completely discarded any lingering notions of "freedom" and "liberty" because they won't be of any use to you once you arrive in California.

Over the past few years, California has gotten a bad rap for being an absolutely filthy place, but the truth is that authorities are going to great lengths to try to clean things up.

In fact, they just removed 180 pounds of feces from one homeless encampment alone…

This week, Echo Lake Park in Los Angeles California, the location of a former homeless encampment, received a much needed, and long overdue, deep cleaning.

The park was closed last month and since then, city officials have been working to clean and revitalize the park and have reportedly removed over 170 tents and other debris, the Los Angeles Times reported.

Among the 35 tons or 70,000 pounds of garbage, there were literal piles of poop, amounting to 180 pounds of feces and 564 pounds of urine according data from L.A. Sanitation & Environment workers. This did not include excrement collected from portable or permanent restrooms. Other hazardous waste like needles used for drugs, gasoline, and kerosene amounted to 300 pounds of the total trash collected, the LA Times noted.

Critics of California often focus on the worst parts of the state, and that is very unfortunate.

California is a state known for great natural beauty, and that natural beauty once attracted tourists from all over the globe.  Unfortunately, the pandemic has kind of killed tourism and many of the most iconic locations in the state have been marred by the "temporary" problems that the state is currently experiencing.  Venice Beach is just one example…