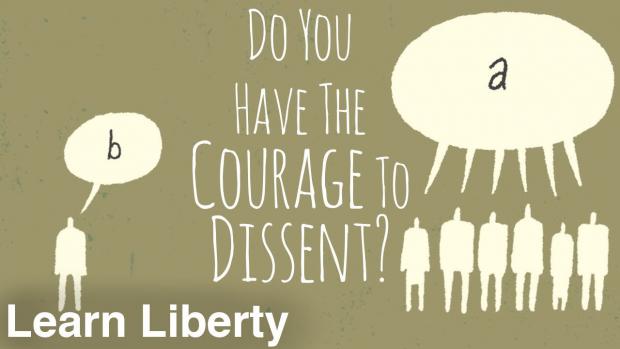 Yet, authentic critics are crucially important, even if (and when) they are wrong. When at least some of us speak out against what is the prevailing wisdom on any given topic, we break the numbing spell that majorities have over groups. We temper extremities, flush out the overlooked assumptions in the majoritarian take, and encourage better decision-making.

Consensus, contrary to the "science is settled" mantra of climate change activists and affectatious Covid pushers alike, is not desirable.

At least according to U.C. Berkeley psychologist Charlan Nemeth, who, in her 2018 book In Defense of Troublemakers: The Power of Dissent in Life and Business, summarizes research into majorities and minorities, consensus and dissent.

It's not a pretty view for those who think bashing wrong-thinkers into silence and reeducating those with the wrong disposition are the treasured fights of our times. In very accessible chapters, Nemeth takes us through detailed analysis of how the lone dissenter in 12 Angry Men could persuade a powerful majority opting for a guilty verdict (majorities persuade quickly and in numbers; minorities quietly and through persistence); we get a comparison between the JFK administration's internal information-processing in the Bay of Pigs disaster in 1961 and the more balanced and nuanced approach to the Cuban Missile Crisis the following year; we have a brief look at Edward Snowden and the gradual shift of him from a careless criminal to a courageous whistleblower.

The Criminalization of Dissent