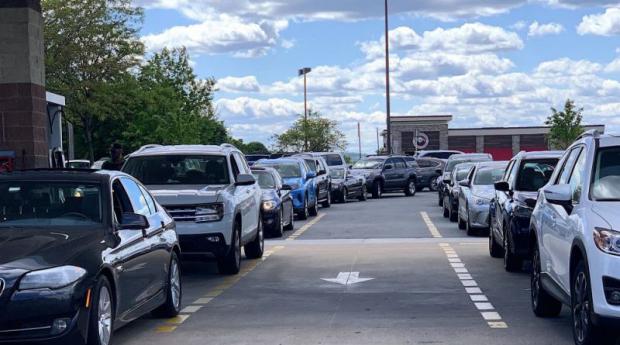 Government officials acted swiftly to waive safety and environmental rules to speed the delivery of fuel by truck, ship or rail to motorists and airports, even as they sought to assure the public that there was no cause for alarm.

The Colonial Pipeline, the biggest fuel pipeline in the U.S., delivering about 45% of what is consumed on the East Coast, was hit on Friday with a cyberattack by hackers who lock up computer systems and demand a ransom to release them. The attack raised concerns, once again, about the vulnerability of the nation's critical infrastructure.

A large part of the pipeline resumed operations manually late Monday, and Colonial anticipates restarting most of its operations by the end of the week, U.S. Energy Secretary Jennifer Granholm said.

Motorists may still feel a crunch because it takes a few days to ramp up operations, but she said there is no reason to hoard gasoline.

"We know that we have gasoline; we just have to get it to the right places," she said.

"A lot of that is because they're selling three or four times as much gasoline that they normally sell in a given day, because people do panic," said Tom Kloza, an analyst with S&P. "It becomes a self-fulfilling prophecy."