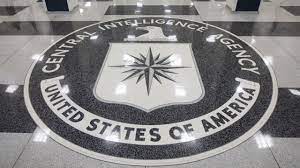 The battle was  apparently incited by a recent segment of a social media series issued by the CIA entitled "Humans of CIA." According to an article in yesterday's Washington Post, Susan Gordon, deputy director of national intelligence from 2017-2019, says that the aim of the series is to "connect to America, and if they're lucky, attract new talent."

Former CIA Director Mike Pompeo went on the attack, exclaiming, "We can't afford to risk our national security to appease some liberal, woke agenda." Republican Senator Ted Cruz weighed in: "My point is that CIA agents should be bad-asses — not woke, fragile flowers."

They upset Gordon, who responded in her article, "As a woman, I am plenty familiar with the false choice between diversity or excellence; the seemingly legitimate argument of "merit-based" selection that advances the notion that if organizations increase diversity and expand inclusion, they sacrifice mission or quality. Nothing could be further from my experience during my more than 30 years in the intelligence community, no matter how many times it is stated or implied. In reality, the smart move is to choose both. Inclusion and excellence. Diversity and mission."

Which way should the CIA go? I've got an idea. How about simply abolishing the CIA? That would get rid of the jobs, which would solve the woke controversy.

That was obviously what President Kennedy wanted to do. He is reputed to have vowed to "splinter the CIA into a thousand pieces and scatter it to the winds." That's because the CIA defrauded the president into approving the disastrous invasion of Cuba at the Bay of Pigs. The CIA told Kennedy that the plan would succeed without U.S. air support. It was a deliberate, knowing, intentional lie. They figured that once their invading force of Cuban exiles was getting shot up on the beach by Fidel Castro's communist forces, Kennedy would have no choice but to save them from defeat by bombing Castro's forces. To the CIA's surprise and rage, Kennedy refused to provide the air support and instead let the Cuban exiles be killed or captured by the communists.