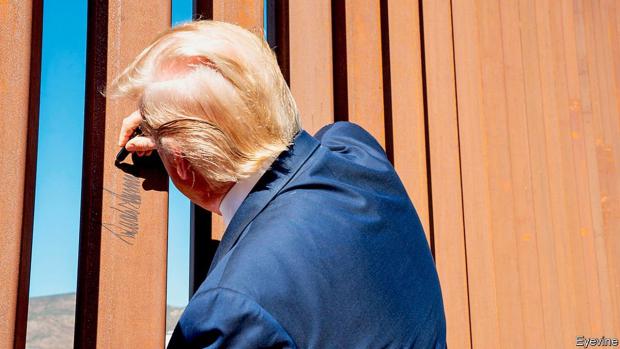 Desolate construction zones, stray building materials and abandoned heavy machinery: This is what remains along parts of the US-Mexico border nearly four months after President Biden ordered all construction on the wall to stop.

More than 450 miles of the border wall was erected under the Trump administration, which included replacing hundreds of miles of existing fencing and constructing 80 miles of new steel barriers.

But Biden, who had vowed not to build 'another foot' of Trump's flagship wall, signed an executive order that immediately paused all construction when he took office on January 20.

Nearly four months on and as Biden faces a growing migrant crisis, DailyMail.com has captured eerie drone footage and images of what parts of Arizona and Texas now look like after the once bustling construction sites were ordered to shutdown.

Dozens of trucks and diggers that once crawled over rocky mountainsides are now parked in deserted construction zones in remote parts of Arizona.

Huge piles of steel fencing and other construction materials, including pipes, lie stacked on the ground.