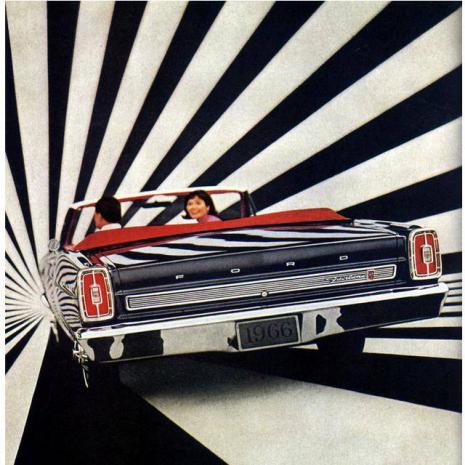 Advertisers are motivated by a singular goal, and that is to turn every facet of human existence into an opportunity to show you ads.

According to a recently-published patent filed by American auto giant Ford, the latest frontier for this colonization is the inside of your car.

The company's patent filing describes a system that would equip cars with billboard-reading sensors, allowing cars to scan roadside signs for relevant information and then display them on screens inside smart cars. For example, driving past a McDonald's billboard would cause image and text recognition algorithms to automatically interpret the ad's contents, like an address or phone number, and then transmit that information to your car's dashboard display.

You know, the screens you're supposed to avoid staring at in order to avoid crashing.

The patent filing also describes generating hyperlinks for internet-connected cars based on data gathered from segments of billboard images.

To be fair, patent filings describe rough blueprints rather than existing technologies, and there's no telling how the company might deploy such a system—or whether it will materialize at all. But the idea of creating yet another vector for distracting ads—this time, inside high-speed motor vehicles—is terrifying nonetheless.

Each year in the U.S., there are on average 2,800 deaths and 400,000 injuries during crashes that involve a distracted driver, according to a 2018 report from the National Highway Traffic Safety Administration (NHTSA). The most common form of distracted driving—checking text messages—takes a driver's attention away from the road for roughly 5 seconds.