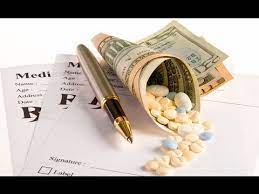 For the past year, I've been demonstrating that every major scientific assertion about the so-called pandemic is a lie. This article is about something else.

To understand my line of approach here, you have to understand that people are conditioned, in many ways, to accept modern medical care.

One successful method of conditioning: a whole nation is invaded by medical propaganda and medical treatment, during a purported crisis. The bottom line: "only doctors can save the population."

And as you read on, picture very populous countries that, to a significant degree, still rely on non-modern traditional medicine—herbs, natural remedies, etc.

Do you really believe that when the authorities declare the medical/pandemic crisis is over, the populations of such invaded countries will just go back to their former beliefs and practices?

UFOs Are Real: It's Time to Talk About Gray Privilege

Back In NY! - Jason Bermas