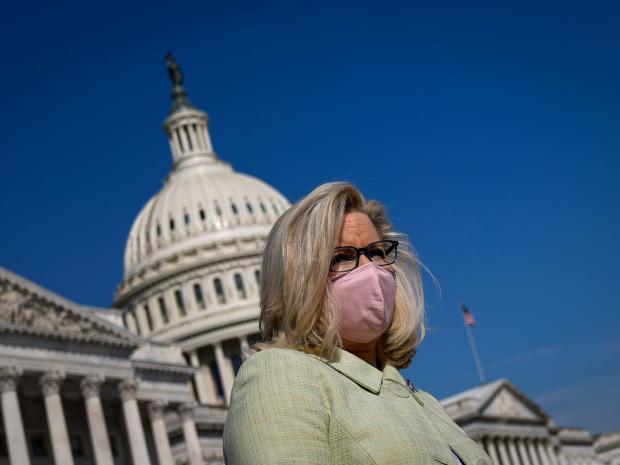 So upon Liz Cheney's ouster from the #3 job in the US House GOP hierarchy, we say: Good riddance!

And, no, we don't begrudge her vote to impeach the Donald. The man is such an insufferable bully-boy and megalomaniac that upon his richly deserved exile from Washington her "yes" vote amounted to little more than a slightly offensive Bronx cheer. But what is profoundly offensive about the Cheneys is their central role in high-jacking the Republican Party in behalf of the demented worldview of a small priesthood of neocon intellectuals. The latter have turned the Warfare State of the now defunct cold war with the Soviet Union into a globe-spanning imperialist monster that has bled America dry fiscally and unleashed unjustified destruction and mayhem all around the planet in a manner that would have put even Imperial Rome to shame.

The immorality, stupidity and monumental fiscal waste of the neocon Forever Wars is bad enough, but actually there is something even more lamentable. To wit, in today's world, prosperity and liberty depend more than ever on fiscal rectitude and a conservative party that fights relentlessly and effectively to uphold it. Otherwise, the inherent self-aggrandizing proclivities of the state and the pork-barrel propensities of elected politicians will mushroom unchecked.

Yet impairment of the fiscally conservative party was the basic and original reason why the Reagan Revolution failed. It was hard enough to get elected GOP legislators to walk the plank in behalf of canceling popular Washington handouts or curtailing the entitlement benefits of up to 45% of the public that gets checks directly or indirectly from Uncle Sam. And that was even with the tailwind of a charismatic communicator in the Oval Office.

But when they were asked to face the slings and arrows of domestic interest groups and beneficiaries enraged by the Gipper's budget cuts while simultaneously voting for massive defense increases even larger than the domestic cuts, well, they just didn't.