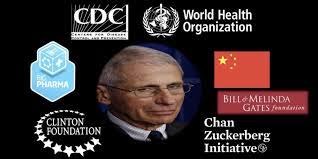 We have a special edition of the newsletter on a misleading C.D.C. statistic.

The attack by Leondhart was brutal. It began this way:

When the Centers for Disease Control and Prevention released new guidelines last month for mask wearing, it announced that "less than 10 percent" of Covid-19 transmission was occurring outdoors. Media organizations repeated the statistic, and it quickly became a standard description of the frequency of outdoor transmission.

But the number is almost certainly misleading.

It appears to be based partly on a misclassification of some Covid transmission that actually took place in enclosed spaces (as I explain below). An even bigger issue is the extreme caution of C.D.C. officials, who picked a benchmark — 10 percent — so high that nobody could reasonably dispute it.

That benchmark "seems to be a huge exaggeration," as Dr. Muge Cevik, a virologist at the University of St. Andrews, said. In truth, the share of transmission that has occurred outdoors seems to be below 1 percent and may be below 0.1 percent, multiple epidemiologists told me. The rare outdoor transmission that has happened almost all seems to have involved crowded places or close conversation.