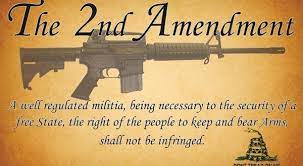 Chris McNutt, the executive director of Texas Gun Rights, appeared on the Patriotically Correct radio this Thursday, and told host Stew Peters that Texas Republicans such as Lieutenant Governor Dan Patrick are doing more to sabotage the HB 1927 constitutional carry bill than their Democrat counterparts.

"Yeah, so the House passed a pretty decent constitutional carry bill, it wasn't the strongest form that we wanted but it was a pretty good bill," McNutt said of HB 1927. "But, of course, when it gets over to the Senate, the first thing Lieutenant Governor Dan Patrick – who presides over the Senate – does is go to the media and say 'Oh, constitutional carry doesn't have the votes in the Republican-controlled Texas Senate.'"