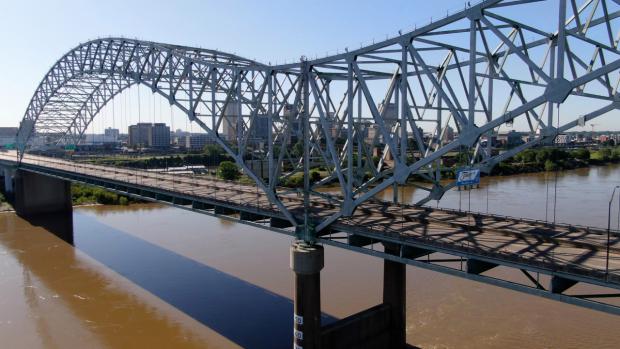 The river's closure created a logistical shitshow as more than1,000 barges filled with farm goods were unable to traverse the waterway.

"Based on the information provided to us by the Tennessee Department of Transportation, the Coast Guard has determined that transit under the I-40 bridge is safe for maritime traffic," said Coast Guard Capt. Ryan Rhodes, captain of the Port of Memphis.

Meanwhile, on land, with the I-40 bridge likely closed for weeks, if not months, traffic hell has been unleashed.

Earlier this week, in a routine bridge inspection, an engineer climbed onto the section of the Interstate 40 bridge over the Mississippi River and spotted a massive fracture in the frame that resulted in the immediate shutdown of the bridge on Wednesday. Traffic is being rerouted to Interstate 55 Memphis & Arkansas Bridge, creating traffic jams in the Memphis area. On the Mississippi River, the situation is much worse. Hundreds of barrages are piling up on either side of the bridge as the US Coast Guard has closed the critical waterway.

After a routine inspection, officials with the Tennessee Department of Transportation (TDOT) announced that the Hernando de Soto Bridge would be closed due to a crack on the bottom side of the bridge truss.