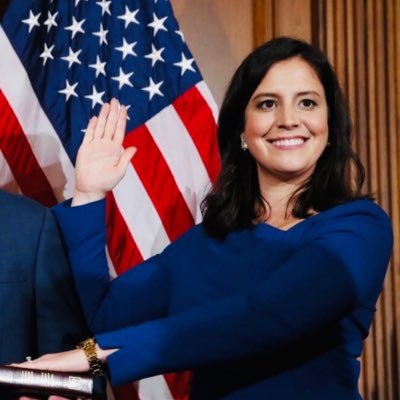 Stefanik easily overcame an 11th hour bid by Rep. Chip Roy (R-TX) for the position, while Rep. Mike Johnson (R-LA) - vice chair of the House GOP Conference was apparently interested in the role, but never pursued the challenge, according to the New York Post.

"I am truly honored and humbled to earn the support of my colleagues to serve as House Republican Conference Chair," Stefanik said in a Friday statement following her win. "House Republicans are united in our focus to fight on behalf of the American people to save our country from the radical Socialist Democrat agenda of President Biden and Nancy Pelosi."

Cheney was voted out of her leadership position on Wednesday after months of criticizing former President Trump over what she calls "the big lie" - Trump's claim that the 2020 election was won through cheating and that Trump actually won - despite election fraud claims having been largely tossed out of courts before evidence was ever considered by a jury.