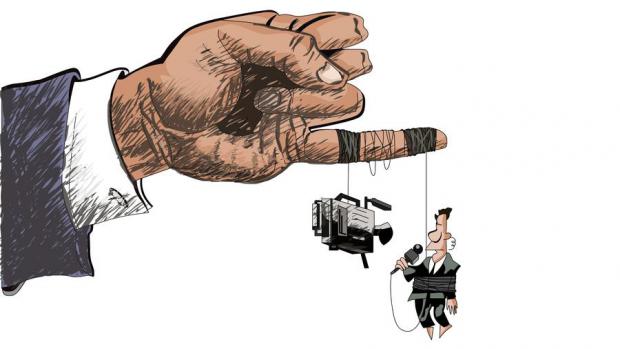 Former CNN White House correspondent Michelle Kosinski declared on Twitter last week that American journalists would "never expect … Your own govt to lie to you, repeatedly" and "Your own govt to hide information the public has a right to know." Kosinski denounced "Trump's unAmerican regime" and declared, "No one should accept this." Kosinski's comments epitomize the "Trump-washing" of American history that explains much of the media's rage, hypocrisy, and follies in the last five years.

Kosinski's mindset also helps explain why Americans' trust in the media has collapsed. Kosinski spent years as CNN's State Department correspondent, but her inside sources apparently never mentioned to her how she was helping them con the world. As history professor Leo Ribuffo observed in 1998, "Presidents have lied so much to us about foreign policy that they've established almost a common-law right to do so." In 1965, Arthur Sylvester, the assistant secretary of defense for public affairs, berated a group of war correspondents in Saigon: "Look, if you think any American official is going to tell you the truth, then you're stupid. Did you hear that? Stupid."

A few weeks before the 9/11 attacks, New York Times columnist Flora Lewis wrote that "there will probably never be a return to the … collusion with which the media used to treat presidents, and it is just as well." But the toppling of the World Trade Center towers made the media more craven than at any time since Vietnam. The media's shameless deference was one of the most underreported stories of the Iraq War. Washington Post reporter Karen DeYoung admitted in 2004: "We are inevitably the mouthpiece for whatever administration is in power." PBS's Bill Moyers noted that "of the 414 Iraq stories broadcast on NBC, ABC and CBS nightly news, from September 2002 until February 2003, almost all the stories could be traced back to sources from the White House, the Pentagon, and the State Department." Jim Lehrer, the host of government-subsidized PBS's NewsHour, explained his timidity in 2004: "It would have been difficult to have had debates [about invading Iraq] … you'd have had to have gone against the grain."