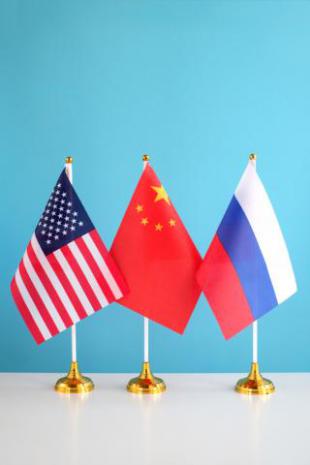 The recent exchanges between Secretary of State Tony Blinken and Chinese Foreign Minister Wang Yi at a meeting in Alaska demonstrate how Beijing has a clear view of its interests which Washington seems to lack. Blinken initiated the acrimonious exchange when he cited "deep concerns with actions by China, including in Xinjiang, Hong Kong, Taiwan, cyber attacks on the United States, economic coercion toward our allies. Each of these actions threaten the rules-based order that maintains global stability. That's why they're not merely internal matters, and why we feel an obligation to raise these issues here today." He then threatened "I said that the United States relationship with China will be competitive where it should be, collaborative where it can be, adversarial where it must be" before adding "I'm hearing deep satisfaction that the United States is back, that we're reengaged with our allies and partners. I'm also hearing deep concern about some of the actions your government is taking."

The Chinese Foreign Minister responded sharply, rejecting US suggestions that it has a right to interfere in another country's domestic policies, "I think we thought too well of the United States, we thought that the US side will follow the necessary diplomatic protocols. The United States does not have the qualification to say that it wants to speak to China from a position of strength. We believe that it is important for the United States to change its own image, and to stop advancing its own democracy in the rest of the world." Yi had a point. Ironically, most of the world believes that the US represents a greater threat to genuine democracy than does either China or Russia.

In another more recent interview Blinken has accused the Chinese of acting "more aggressively abroad" while President Biden has claimed that Beijing has a plan to replace America as the world's leading economic and military power. US United Nations envoy Linda Thomas-Greenfield has also delivered the same message that Washington is preparing to take no prisoners, pledging to push back against what she called China's "authoritarian agenda" through the various agencies that make up the UN bureaucracy.

1 Comments in Response to Butting Heads With China and Russia: American Diplomats Are Outclassed

Just like their family life. The diplomats' parents would beat them in to submission because the parents were bigger. Now the diplomats do the same to their children. It's all they know, so they will naturally take it to the "work" place.