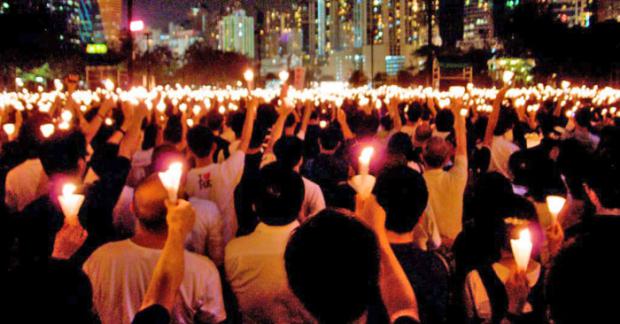 Organizers of Hong Kong's annual vigil to commemorate the deaths during the Tiananmen Square massacre announced on Tuesday, May 11, that individual vigils will be implemented on 4 June, after the government banned the historic mass event for the second year in a row, citing the pandemic as a pretext, HKFP reported.

The Hong Kong Alliance, the democratic organization in charge of the mass candlelight vigil, which was historically held in Victoria Park, urged people to "light a candle wherever you are" at 8 p.m. on June 4, the 32nd anniversary of the massacre.

Although it was also banned last year, several thousand people gathered in Victoria Park, where the candlelight event has been held annually since 1990. The massive turnout ended with 26 Hong Kongers charged with participating and inciting others to participate in an illegal gathering, including 72-year-old media mogul Jimmy Lai and youth Joshua Wong, both pro-democracy activists branded as "subversives" by the Chinese communist regime.