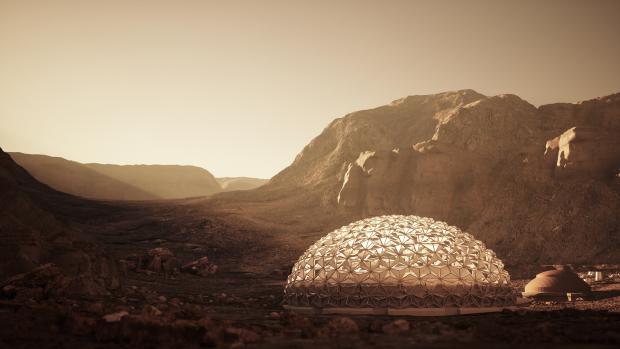 Elon Musk plans to have a city on Mars by 2050. But that's a little easier said than done.

Human survival on another planet, especially one as environmentally hostile as Mars, depends on finding solutions to four key factors: infrastructure, sustainability, shelter and life support, according to Gisela Detrell, an aerospace engineer at Germany's University of Stuttgart.

"There are several issues that we have to face on Mars," Detrell said, "from radiation to providing all the food and oxygen that the people living there would need -- but also looking at how to use the resources on Mars, starting from where would our city be located or which different locations we could have."

Detrell is part of an international team of scientists and academics, architecture firm ABIBOO Studio and the public-private Sustainable Offworld Network (SONet) community that believes they've cracked the code. They've submitted plans to the Mars Society to build Nüwa, the first proposed city for Mars.

With the current Mars missions (UAE's Hope Probe, China's Tianwen-1 mission's rover and NASA's Perseverance rover) researching the potential for life on the red planet and with commercial space travel on the horizon, an experimental city on Mars seems to be the next step. Now What?

Nüwa, named for the Chinese mythological goddess who smelted together colored stones to patch up the sky, would be housed inside a sheer rock face at Tempe Mensa, Mars, where the city's 1 million residents would be protected from damaging cosmic and solar radiation.