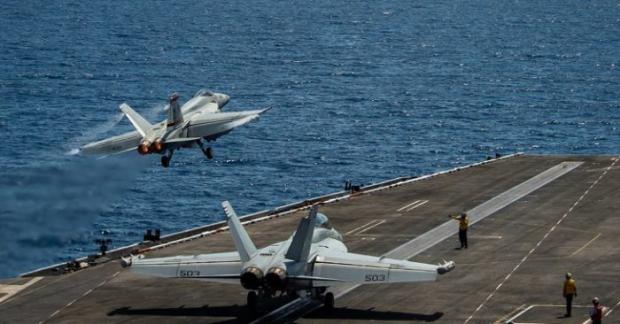 The altered logo appears on the official Facebook, Instagram, and Twitter accounts of the naval military force with a respectable 227-year tradition note, which The Blaze of April 11, describes as "pathetic."

That sentiment is echoed by Newsmax TV anchor John Cardillo, who said our mighty navy could have become the laughingstock of the country's enemies.

"The eagle in the @USNavy's logo is wearing a mask. China, Iran, and Russia are pissing their pants laughing at us," said Cardillo.

"The eagle is a symbol of freedom, and they made it into a symbol of submission," opined one of the Twitter users identified as @MarkCancellieri on April 9.

Temporary changes have been made to the logo before. Still, this alteration—made about a year ago—added the caption, "The eagle is practicing social distancing and wears a mask when out in public. Be like the eagle."

Needless to say, since the change on April 20, the outpouring of comments of rejection has been enormous.