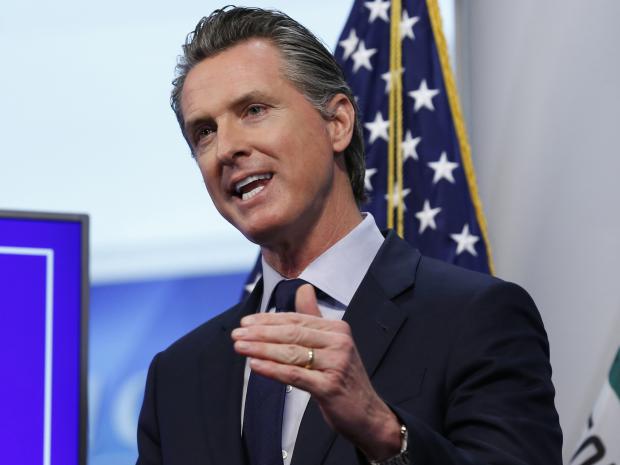 California's Gov. Gavin Newsom, however, is taking it to 11.

Seems, he's not all that confident that Democrats will be able to rig him into victory to keep him in office in this year's coming recall referendum on him. Internals must be horrible.

Which is why he's now holding out monster goodie bag to angry voters as a last-ditch bribe to secure their votes.

According to National Review:

This week, Newsom began a statewide tour to brag about a $75.7 billion state "surplus" that is burning a hole in his recall jeans. That "surplus" alone is larger than the total expenditures of 44 other states in 2020. Combining substantial capital-gains revenues from the bank accounts of Big Tech billionaires and an embarrassing amount of federal stimulus funds, to the tune of $371 billion in total payments, the governor is taking credit for the windfall. Promising to hand out wads of cash and pay off overdue rent and utility bills while hoping middle-class voters will forget Newsom's cavalier statewide lockdowns over the past year reeks of bribery.

It comes from a one-time slush fund surplus coming from the federal government, courtesy of Joe Biden and his congressional Democrats, and ironically, as Sacramento legislators are proposing tax hikes on normal taxpayers. Nice.

But he's got a recall referendum coming in November, so like Hugo Chavez, he's wheeling out the free washing machines and bags of beans, as Hugo and other corrupt Latin autocrats used to do to "win" elections.