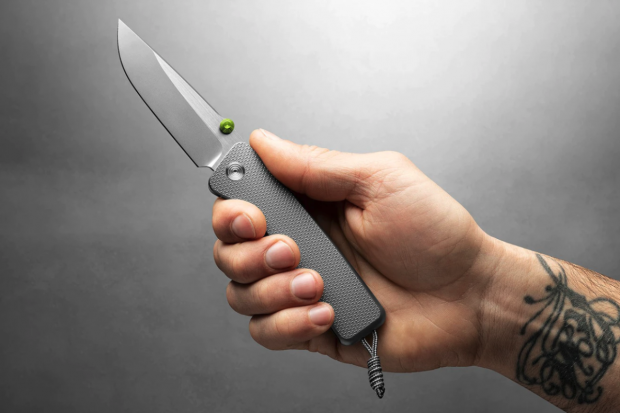 This is the moment an 11-year-old Florida girl fought off a knife-wielding pedophile who had leapt from his van to try to abduct her.

Surveillance footage captures the suspect pull up in a white Dodge Journey beside a bus stop on Old Corry Field Road and Perdido Street, West Pensacola, where the girl is playing with a 'blue slime' toy on her own around 7am on Tuesday.

As the man - later identified by sheriffs as Jared Paul Stanga - runs towards her with knife in hand, the girl gets to her feet and tries to escape, the Pensacola News Journal reported.

The burley suspect, who officials described as a convicted sex offender, grabs her in a headlock and begins dragging her toward the van, which still has its engine running.

But as she fights and struggles to escape his clutches, he stumbles to the ground and she is able to pry herself free.

The suspect runs back to the car and drives away.

Within minutes, more than 50 deputies from Escambia County Sheriff's office flooded the area hunting for the sex offender, and local media put out a description of him and his vehicle.

He tried to disguise the van by painting it a different color, but when sheriffs caught up with him eight hours later he still had 'blue slime' on his clothes from trying to abduct the child.

Sheriffs said Stanga, 30, was arrested on Tuesday evening and charged with attempted kidnapping of a child under 13, aggravated assault and battery.