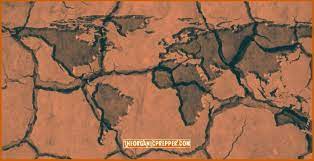 For several months, many of my articles covered the global shortages and coming shortages facing the worldwide economy. My articles warn of food, chip, fuel, and commodity shortages. I also wrote about inflation, crop failures, and scarcity of any goods that consumers may need or want.

Some readers may feel it was a bit like paranoia and overkill at the time.

MSM now reveals my writings on global shortages are, in fact, accurate

Many articles found on MSM corporate outlets report on global shortages. In fact, those articles seem like I could have written them. (Not the general hack stenographers masquerading as journalists today.)

One such article: "The World Economy Is Suddenly Running Low on Everything," by Brendan Murray, Enda Curran, and Kim Chipman. This piece sums up many of the issues I've written about for several months, albeit much later.

A year ago, as the pandemic ravaged country after country and economies shuddered, consumers were the ones panic-buying. Today, on the rebound, its companies are furiously trying to stock up.

Mattress producers to car manufacturers to aluminum foil makers are buying more material than they need to survive the breakneck speed at which demand for goods is recovering and assuage that primal fear of running out. The frenzy is pushing supply chains to the brink of seizing up. Shortages, transportation bottlenecks, and price spikes are nearing the highest levels in recent memory, raising concern that a supercharged global economy will stoke inflation.

PREPLANNED! It's NEVER Going To Stop!