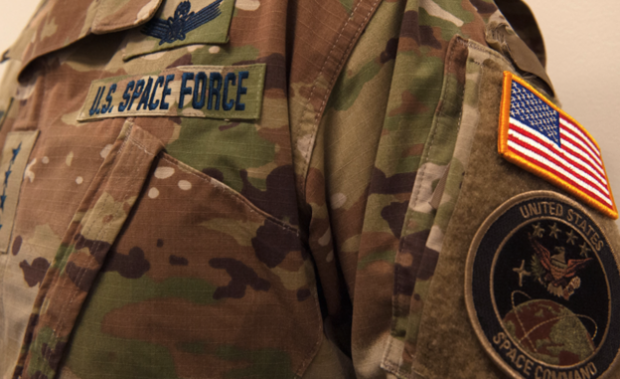 A group of Republican lawmakers on Wednesday sent a letter to the acting secretary of the U.S. Space Force, urging him to immediately reinstate a lieutenant colonel who was relieved of his command after publishing a book that warned of the spread of Marxism and critical race theory (CRT) in the military.

Lt. Col. Matthew Lohmeier, a former instructor and fighter pilot, was relieved as commander of the 11th Space Warning Squadron "due to loss of trust and confidence in his ability to lead," the Space Force said over the weekend.

It came after he took part in podcasts to discuss his self-published book, titled "Irresistible Revolution: Marxism's Goal of Conquest & the Unmaking of the American Military," that warns against the spread of Marxism and CRT in the military.

During an appearance on the podcast "Information Operation," he criticized Defense Secretary Lloyd Austin's agenda. The department deemed Lohmeier's comments to be "partisan political activity."

In their letter (pdf), the two dozen Republicans expressed their alarm over the decision to relieve Lohmeier. They said it appears to reflect the development of an "increasingly politicized environment" in the Department of Defense, which has now manifested in the Space Force.

The lawmakers criticized the use of euphemisms such as "diversity training" in describing CRT. Such terms, they said, are "grotesque distortions of reality."

CRT has gradually proliferated in recent decades through academia, government structures, school systems, and the corporate world. It redefines human history as a struggle between the "oppressors" (white people) and the "oppressed" (everybody else), similar to Marxism's reduction of history to a struggle between the "bourgeois" and the "proletariat." It labels institutions that emerged in majority-white societies as racist and "white supremacist."