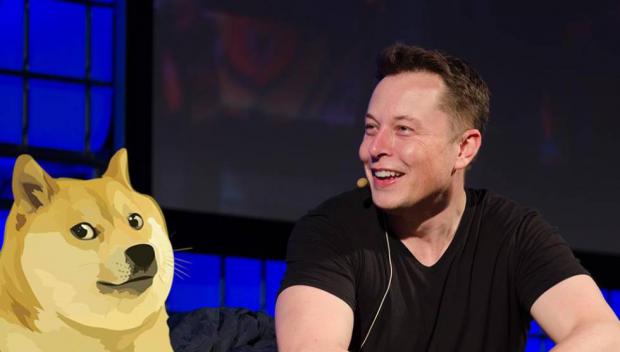 The "Dogefather" has been working with dogecoin devs "to improve system transaction efficiency" after Tesla suspended accepting bitcoin for payments, citing environmental concerns.

Elon Musk Will Not Sell His Dogecoins
Elon Musk confirmed this week that he has not sold any dogecoin and will not sell any. On Thursday, the Tesla CEO posted an image on Twitter with the question: "How much is that Doge in the window?"

Twitter user "Dave Lee" responded, "If you missed it this is the sticker on Elon Musk's gaming laptop. Yes, that's a dog on a dollar bill." Musk replied with a clarification: "A longtime Tesla supporter gave me the Doge dollar sticker at Giga Berlin."

Lee further tweeted: "To clarify, I don't think Elon would ever sell any his Doge holdings. He's the ultimate hodler." The Technoking of Tesla confirmed:

It is not known how much dogecoin Musk actually owns other than his tweet on Feb. 10 that he "Bought some dogecoin for lil X, so he can be a toddler hodler." People have speculated anything from him not owning any DOGE to him being a dogecoin whale. Bitcoin News reported on Friday that Musk could be the owner of a mystery dogecoin whale address currently holding 36.7 billion dogecoins. The price of DOGE is currently $0.3560.