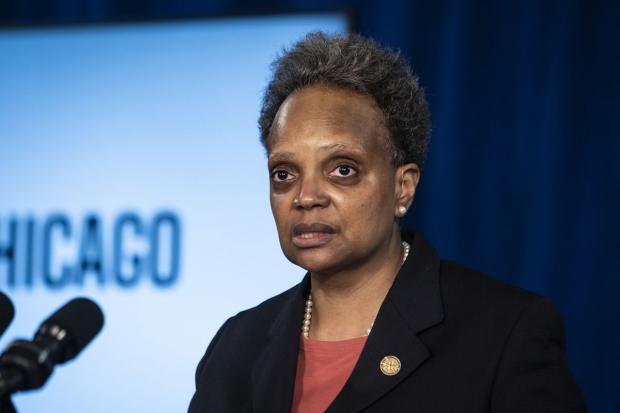 The vote came during a Fraternal Order of Police (FOP) meeting where police officers vented their frustrations, new and old, with the mayor and and the police department, Chicago FOP president John Catanzara told The Epoch Times.

Emotions were running high, Catanzara said, and one member grabbed the microphone to suggest a vote of no confidence. All members present at the meeting, about 150 active and retired police officers, voted for it.

His members' newest frustration with the city leaders, according to Cantanzara, is the cancellation of a eight-decade-old Chicago tradition—the St. Jude Memorial March—for the second year in a row. The march is an annual May event honoring fallen Chicago police officers and Gold Star families who lost loved ones in the line of duty.

Brown said he canceled the march due to COVID-19 restrictions in an online video honoring the St. Jude tradition. "We must never forget their sacrifices and the families they left behind," he said.

"It was a slap in the face to every department member, especially the Gold Star families, who have paid the ultimate sacrifice and deserve that respect annually, period, no excuses," Cantanzara said in a video update right after the meeting. His members managed to host a smaller-scale St. Jude march on their own.

Another frustration that led to the no-confidence vote is the back-breaking schedules of police officers, who have been working on 12-hour shifts with days off canceled for well over a year, according to Cantanzara.

He said policing is a hard job and exerts a great mental toll on officers, so days off and time with family are crucial to officers' mental health. Two Chicago police officers, one of them then-deputy chief, committed suicide in March.

The cycle of extended working hours started early last year when the department scrambled for help as many officers were quarantined at home due to COVID-19. The hours soon got worse in May when riots broke out in many parts of Chicago following the death of George Floyd.