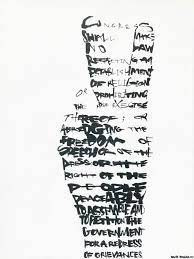 There are two reasons for this, I think. The first is that, unless you're running an empire of some kind—which we Americans are not supposed to be doing—and you're fulfilling a Manifest Destiny you imagine that you have, to reach out and steal everybody else's life, liberty, and property, finding yourself involved in a war represents a serious failure on the part of a nation's political leaders. In fact they've screwed up bigtime, and there ought to be a price to pay for that.

Instead of paying a price, however, politicians are traditionally rewarded for screwing up. Like the man said, "War is the health of the State". And of the statists, too. War offers them expanded power and prestige, more stolen money to spend and less need to make excuses about it, greater control over society in general as well as every facet of an individual's life, and plenty of justifications for employing violence and threats to shut anybody up who objects. But just as nobody should be allowed to profit from a crime, no politician should be allowed to profit politically from plunging his country into war.

Beyond anything else it may be remembered for a thousand years from now, the 20th century was a century of war—unprecedentedly widespread and brutal—brought about by a century of the most swollen and powerful governments this battered world's six or eight thousand years of bloodsoaked history have ever witnessed. If we are determined to prevent another century of war, it's time to take more seriously this idea that for millennia has only been half-dream and half-joke.

It is time to ratify the Peace Amendment.