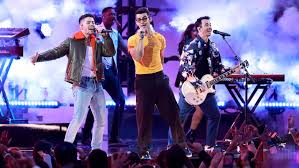 Sunday night brought a lot of season finales to broadcast television and the Billboard Music Awards (BBMAs) back to May on NBC. While the end-of-weekend awards show sure worked out for The Weeknd, these Billboard awards did very little for their host network.

The 2021 BBMAs settled for a 0.7 rating among adults 18-49 and 2.8 million total viewers, according to Nielsen. Those are new lows for the annual special.