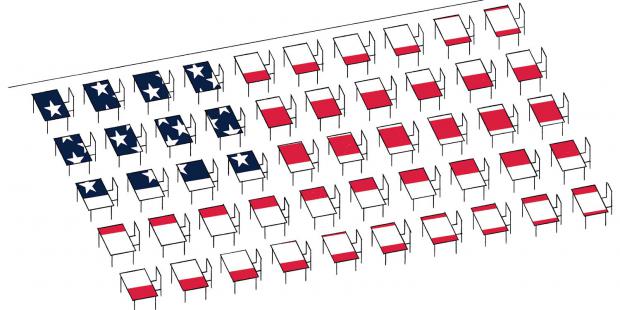 Students often face punishment from parents when they get a bad report card. But what happens when our school system gets one?

The latest national "report card" is out, and it shows that our schools are failing Americans when it comes to science education. These most recent data come from the 2019 National Assessment of Educational Progress (NAEP) science assessment.

Just 36 percent of 4th graders were at least "proficient" in science in 2019. Meanwhile, only 35 percent of 8th graders were proficient, and, most worryingly, just 22 percent of 12th graders tested at or above a proficient level in science. These numbers are all essentially unchanged or marginally worse than the same figures in 2015, suggesting no improvement or progress has been made on this front.

These findings are more than just an embarrassment for those who run our nation's educational systems. They serve as yet another reminder that the public education system, where roughly 90 percent of students are enrolled, isn't working. Indeed, a perusal of the report card's sub-data shows that while results across the board aren't great, public school students' test scores are significantly lower than students enrolled in Catholic private schools, for one example.

It also proves that simply pouring more taxpayer money into the public education system does not advance results.

Despite conventional wisdom, we have not actually "defunded education." As the Reason Foundation's Corey DeAngelis notes, "The United States currently spends over $15,000 per student each year, and inflation-adjusted K-12 education spending per student has increased by 280 percent since 1960."

But it's all for naught.

Economic research shows no clear correlation between public education spending and outcomes. If throwing more taxpayer money at the problem could accomplish anything, we wouldn't have such abysmal results.