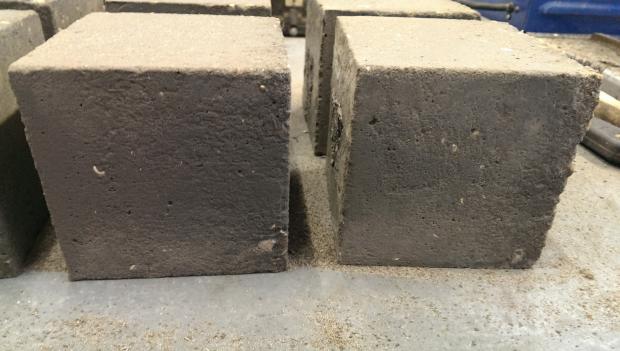 Recent research projects have demonstrated how the wonder material graphene could play a role in this and now we're seeing the first real-world deployment of the technology, with engineers using so-called "Concretene" to form the foundations of a new gym in the UK.

As the world's strongest artificial material, graphene may have a lot to offer the world of construction, among its many other potential uses. Scientists have previously found success incorporating it into the concrete manufacturing process to make the finished product stronger and more water-resistant, while one research project even demonstrated how this graphene can be recovered from old tires.

The freshly poured Concretene is the handiwork of scientists at the University of Manchester and construction firm Nationwide Engineering. To form the material, the team adds tiny amounts of graphene to water and cement, where it both acts as a mechanical support and offers an extra catalyst surface for the chemical reactions that turn the mix into the concrete paste. The end result is improved bonding at a microscopic scale, and material that is around 30 percent stronger than standard concrete.

"We have produced a graphene-based additive mixture that is non-disruptive at the point of use," says Dr Craig Dawson, from the University of Manchester. "That means we can dose our additive directly at the batching plant where the concrete is being produced as part of their existing system, so there's no change to production or to the construction guys laying the floor."