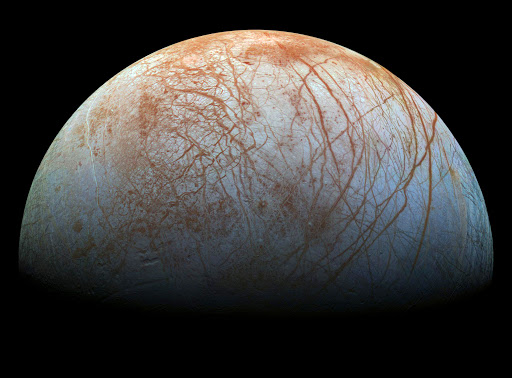 Despite being encased in a shell of water ice, Europa is considered to be one of the most promising locations in our solar system for extraterrestrial life.

Scientifically speaking, Europa is one of the most fascinating and enigmatic bodies in our solar system. The outer surface of its miles-thick ice shell is riven with bands and ridges, along with other pieces of unusual geology that likely results from the extreme gravitational influence of nearby Jupiter.

However, it is what lies underneath the surface that has captured the attention of the scientific community. There is a wealth of evidence to suggest that Europa hosts a global ocean beneath the surface ice, and many members of the scientific community believe that this hidden body of water may be capable of hosting primitive forms of extraterrestrial life.

The new study now further supports the idea that Europa may be hospitable to the emergence of life, by revealing that volcanic activity could still be occurring deep down on the ocean floor.

An international team of scientists used three-dimensional numerical modelling and advanced computer simulations of the icy moon to discover how the strong gravitational interaction between Jupiter and its moon generates heat deep within Europa, and how it is then transferred through the rocky inner section of the world.

As tiny Europa completes an orbit around Jupiter, the gas giant's gravitational influence causes the entire moon to flex. The friction brought about by this immense gravitational force causes large amounts of heat energy to build up in the moon's rocky interior, below the global subsurface ocean.