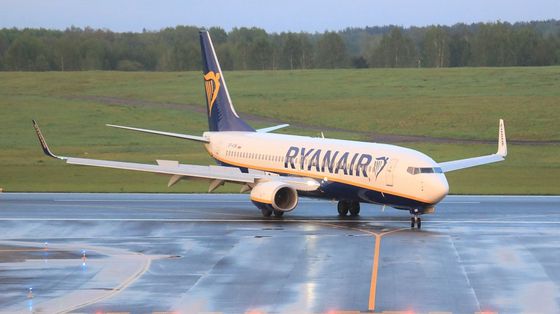 U.S. and E.U. governments are expressing outrage today over the forced landing by Belarus of a passenger jet flying over its airspace on its way to Lithuania. The Ryanair commercial jet, which took off from Athens and was carrying 171 passengers, was just a few miles from the Lithuanian border when a Belarusian MiG-29 fighter jet ordered the plane to make a U-turn and land in Minsk, the nation's capital.

On board that Ryanair flight was a leading Belarusian opposition figure, 26-year-old Roman Protasevich, who, fearing arrest, had fled his country in 2019 to live in exile in neighboring Lithuania. The opposition figure had traveled to Athens to attend a conference on economics with Belarus' primary opposition leader Svetlana Tikhanovskaya and was attempting to return home to Lithuania when the plane was forcibly diverted.

Protasevich, when he was teenager, became a dissident opposed to Belarus' long-time authoritarian leader Aleksandr Lukashenko, and has only intensified his opposition in recent years. When Lukashenko last year was "re-elected" to his sixth term as president in a sham election, the largest and most sustained anti-Lukashenko protests in years erupted. Protasevich, even while in exile, was a leading oppositional voice, using an anti-Lukashenko channel on Telegram — one of the few remaining outlets dissidents have — to voice criticisms of the regime. For those activities, he was formally charged with various national security crimes, and then, last November, was placed on the official "terrorist list" by Belarus' intelligence service (still called the "KGB" from its days as a Soviet republic).