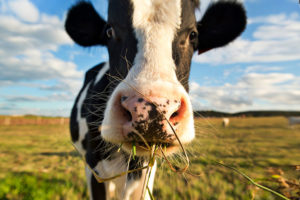 Organic meat is far less likely to be adulterated with multi-drug resistant bacteria (MDRB) than conventional meat, according to a study published earlier this month in Environmental Health Perspectives. The research by experts at John Hopkins Bloomberg School of Public Health is the latest news on the health and safety benefits of choosing organic, which prohibits the regular use of risky antibiotics, for one's food purchases.

Scientists indicate that contaminated foods pose serious dangers for consumers, public health and the economy at large. "The presence of pathogenic bacteria is worrisome in and of itself, considering the possible increased risk of contracting foodborne illness," senior author Meghan Davis, Ph.D., associate professor at the Bloomberg School said. "If infections turn out to be multidrug resistant, they can be more deadly and more costly to treat."

Within each state, NARMS selected a random food retailer within 50 miles of their lab and collected 40 samples each month. In sum, 39,349 meat samples were analyzed for the study, encompassing 216 conventional meat processors, 123 processors that split their operations between organic and conventional and 3 fully organic processing facilities. Roughly 8% of tested samples were organic, while the rest were conventional.