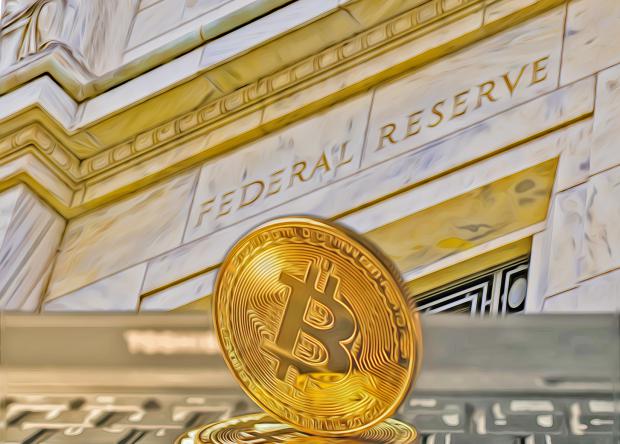 He noted that if "cryptocurrency can facilitate transactions that are difficult to make in conventional currencies, then they will have a purpose and might circulate alongside the nation-backed currencies."

Fed's Bullard Says Most Cryptocurrencies Are Worthless
Jim Bullard, President of the Federal Reserve Bank of St. Louis, talked about inflation risks and what lies ahead for Fed policy in an interview with Yahoo Finance on Monday.

Bullard replied: "I have a slide deck on this that's called 'non-uniform currency and exchange rate chaos' and a couple of things that are in there. One is that currency competition is nothing new. Private currency issuance has been addressed historically in monetary theory."

He continued, "Milton Friedman said if you allow private currency issuance, you'll get all kinds of private currencies being issued. And that's exactly what has happened," adding:

We have a couple of thousand of these around, most of them are worthless.

"I think if the cryptocurrency can facilitate transactions that are difficult to make in conventional currencies, then they will have a purpose and might circulate alongside of the nation-backed currencies," he noted.

Bullard proceeded to discuss the volatility in the crypto market. He said cryptocurrencies are "also quite volatile, as it's been very apparent here in recent days." However, he emphasized: "But the fact that different currencies have volatile exchange rates, that's a fundamental problem in the international monetary order and it's just that much bigger of a problem for privately issued currencies."