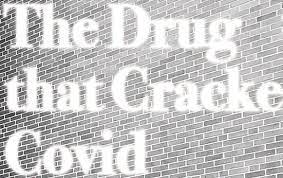 History books will be written and some professors, academics, and bureaucrats will have no excuse.

It took two court hearings and major complaints and assertive activism to save eighty year old Judy Smentkiewicz. But how many others died because their sons or daughters didn't see Pierre Kory on TV? Or they didn't have the wherewithal to go to court? Or their friends trying to share the message were censored on Facebook? It shouldn't have to be this way.

This is Judy's story below, but so much more. Read the whole thing. It's very well written by Michael Capuzzo. Surely, this is a story that needs an answer. Where are the Forth Estate, the Opposition, The AMA, or the publicly funded professors at our universities?

I am but a cog passing on points of view that should be part of our national conversation. Some things matter: like antivirals and closed borders.

Michael Capuzzo, a New York Times best-selling author , has just published an article titled "The Drug That Cracked Covid". … But unfortunately most reporters are not interested in telling the other side of the story. Even if they were, their publishers would probably refuse to publish it.

That may explain why Capuzzo, a six-time Pulitzer-nominated journalist best known for his New York Times-bestselling nonfiction books Close to Shore and Murder Room, ended up publishing his article on ivermectin in Mountain Home, a monthly local magazine for the people of the Pennsylvania mountains and New York Finger Lakes region, of which Capuzzo's wife is the editor.

But if you want to share the story on the Anti-social Media, perhaps avoid spelling out the I word, lest the censors strike.

Covid vaccines from Pfizer destroy every system of the human body

Israeli lab: Some existing drugs could stop COVID at almost 100%