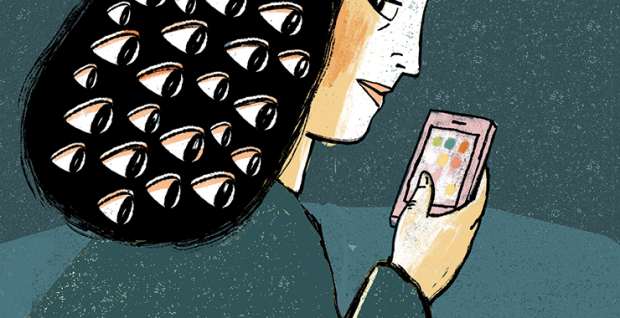 But, why are we talking about a personality disorder? And what does it have to do with privacy?

Years ago when I read my first book on psychopaths (which is the same as a sociopath) I was shocked and terrified and enlightened to discover their existence. At that very moment I was sharing a library with an inter-species predator that wore the face of humans and that saw them as means to an end: as prey. I was shocked to learn that many of the politicians who told me what to do and the CEOs who had ruthlessly etched their way into my life were psychopaths. It was, in short, a wake-up call. And if you want to understand how the world works, and have the faintest possibility of privacy and freedom, you need to know about psychopaths.

A psychopath or sociopath is someone who, for reasons of different brain chemistry, is incapable of experiencing empathy. That's basically the full definition. But you would be surprised how completely and utterly a lack of empathy changes a creature. Without empathy you do not have a conscience. The author of The Sociopath Next Door Dr. Martha Stout puts it this way:

Conscience is a creator of meaning. As a sense of constraint rooted in our emotional ties to one another, it prevents life from devolving into nothing but a long and essentially boring game of attempted dominance over our fellow human beings, and for every limitation conscience imposes on us, it gives us a moment of connectedness with an other, a bridge to someone or something outside of our often meaningless schemes.