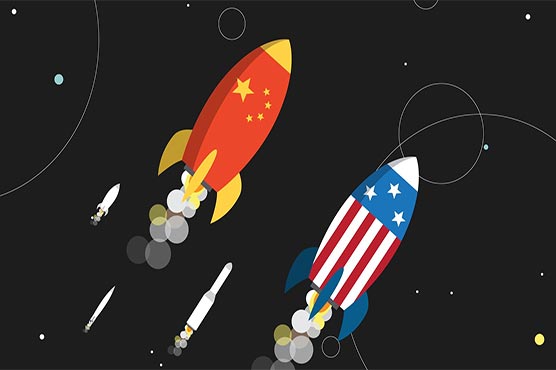 You can expect this to be the dominant headline in all matters related to space for many years to come. After all, humanity is due for another round of great state competition and it seems that the two major contenders in this strategic competition will be the United States and China.

For too long Western observers have downplayed China's rapidly growing space technology industry. The Chinese Martian rover, Zhurong, is nowhere near as advanced as NASA's Perseverance, which recently made headlines. Yet, it took NASA almost 30 years to reach the level of complexity in its rover operations that the storied American space agency now enjoys. Certainly, China can expect to stay trailing the Yanks for many years to come — or so argue the naysayers who downplay the threat that China's ambitious, though less advanced, space program poses to the United States.

Suppose it doesn't take several decades for Beijing to catch up to the Americans in space. After all, there are no greater teachers than experience and competition. For the former, China learns by doing — and Beijing embraces a leap-without-looking mentality that once defined America's storied program.

As for competition, China truly believes it is in a new space race with the Americans whereas most American leaders do not. The new space race between these nations will determine not only who gets human beings to Mars first, but also will decide which one dominates the strategic high ground of space (and whoever controls the high ground rules the territory below).

Right now, the Americans hold this position — but barely.