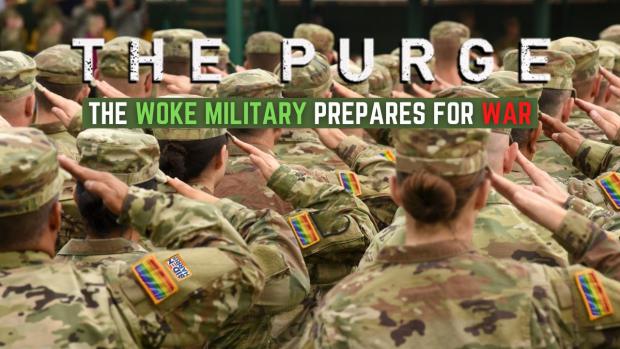 As "Marshall of the Soviet Union", Tukhachevsky had near supreme authority over all Soviet military forces. And he had been personally tasked by Stalin to modernize the military and prepare for war.

But Tukhachevsky's new authority didn't last very long. Shortly after assuming his duties as Marshall, he was quietly reassigned to an unimportant post… and subsequently arrested.

The year was 1936. And Tukhachevsky was suspected of plotting with the Germans to overthrow Stalin and implement a military dictatorship.

Tukhachevsky was brutally beaten while in captivity, and he confessed to being a Nazi spy after two days of relentless torture.

He was branded a traitor and executed.

Tukhachevsky wasn't the only one, either. This was a period in Soviet history called the Great Terror, in which an extremely paranoid Stalin purged the military of anyone who showed any sign of ideological dissent.

The rest of the officers were quick to show Stalin that they were worthy, loyal comrades. Soldiers routinely ratted each other out and put each other on phony trials where a guilty verdict was a foregone conclusion.

During Tukhachevsky's trial, one of the judges passionately recounted to the Soviet press how much he loathed traitors who were disloyal to Stalin:

"When I saw those scoundrels in the courtroom, I was shivering. A beast was in me. I didn't want to judge them, but beat and beat them in a wild frenzy."

This judge's name was General Ivan Belov. And even though he tried so desperately to prove that he was a loyal party member by eagerly participating in the purge, Belov knew that the purge would eventually come for him:

"Tomorrow I shall be put in the same place [as Tukhachevsky]."