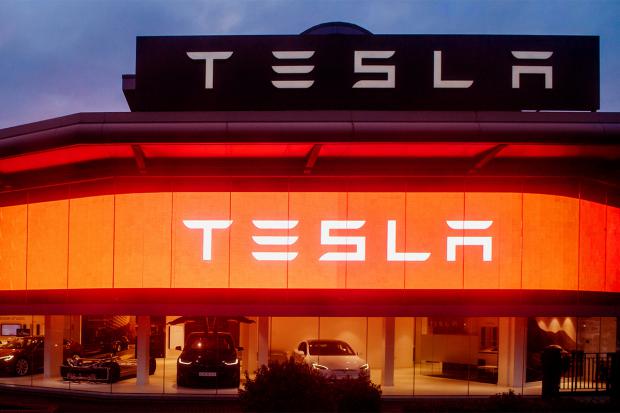 He's said in the past that Tesla-branded restaurants could sprout up around its charging stations. It's not clear from the applications if that's the current intention.

The application was signed on May 27 and will be reviewed by an attorney later this year.

Interestingly enough, one of the applications filed by Tesla is for use of a 'stylized "T"' for its logo, perhaps taking a page out of Apple's playbook.

It also filed for trademarks with the word Tesla, as well as a stylized version of the word, Tesla, according to Electrek, which first reported the news.

In January 2018, Musk tweeted that he was going to put 'an old school drive-in, roller skates and rock restaurant' at one of the then new Tesla superchargers in Los Angeles.

He added that it would be near Interstate 405, but did not specify an exact location.

Following Musk's tweets, the company did apply for building permits at the Santa Monica Supercharger, according to Electrek.

It's possible the restaurants could be located at or near the company's Supercharger stations, of which there are more than 2,500 around the world.

Is UK's "Freedom Day" All Mouth & No Trousers?

"This Is Reality" - NYC Is Reopening, But Businesses Aren't Coming Back