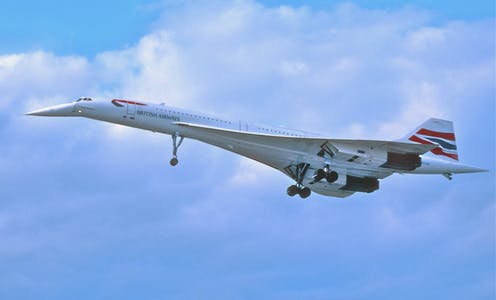 President Biden mused about supersonic flights when discussing his infrastructure plan in April. And on Thursday, United Airlines said it was ordering 15 jets that can travel faster than the speed of sound from Boom Supersonic, a start-up in Denver. The airline said it had an option to increase its order by up to 35 planes.

Boom, which has raised $270 million from venture capital firms and other investors, said it planned to introduce aircraft in 2025 and start flight tests in 2026. It expects the plane, which it calls the Overture, to carry passengers before the end of the decade.

But the start-up's plans have already slipped at least once, and it will have to overcome many obstacles, including securing approval from the Federal Aviation Administration and regulators in other countries. Even established manufacturers have stumbled when introducing new or redesigned planes. Boeing's 737 Max was grounded for nearly two years after two crashes.

The deal is United's latest attempt to position itself as a risk taker shaking up an industry that is just getting back on its feet after a devastating pandemic. The airline announced a $20 million investment in an electric air taxi start-up, Archer, in February, and it is working on a "steady drumbeat" of more such bets, said Michael Leskinen, who heads corporate development at United.

FAA says US airports will get $8 billion in pandemic relief

Roll up, roll up! Get your tickets for the great space balloon ride

The full Strawberry Moon, the last supermoon of 2021, rises tonight! Here's what to expect