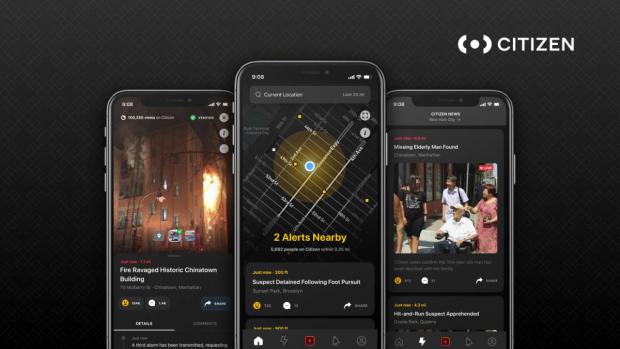 The smartphone app Citizen describes itself in simple terms: a safety network that sends alerts about nearby incidents including crime. But in recent months, its business has pushed into potentially dangerous new territory, alarming law enforcement officials and people who worked there.

In Los Angeles, the company's CEO, Andrew Frame, ordered his staff to put a $30,000 reward on the capture of a man he incorrectly thought was responsible for starting a brushfire that was threatening homes. The sheriff's office denounced the move, saying it put the man in danger, and the man was cleared of wrongdoing.

Days later, people started to see what looked like a law enforcement SUV bearing Citizen's logo driving around Los Angeles. It turned out to be a test of a private security force for people willing to pay the company a monthly fee, and it was quickly denounced on social media as a dystopian idea that could interfere with the 911 system. The company then abandoned the test.

These attempts by Citizen to branch out are causing alarm among both experts and people who have worked at Citizen, because they say the company seems to be heading in a new, more aggressive direction that may end up doing more harm than good.

"Why does Andrew Frame get to decide to put a bounty on anyone's head?" said one former Citizen employee, who said he was disgusted by the turn the company has taken, including its use of an online wanted poster not authorized by police. Like other former Citizen employees, he agreed to be interviewed about his experience at the company on the condition of anonymity, saying he feared retaliation from Citizen management for speaking against the company.