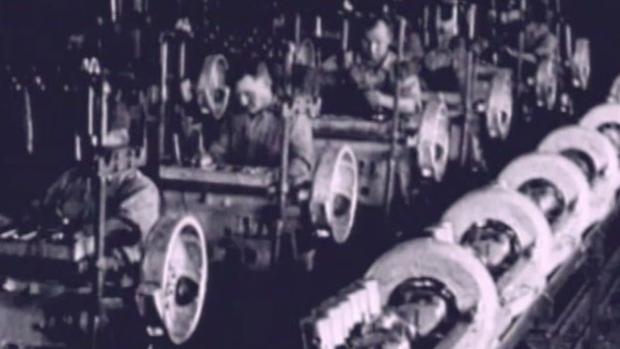 "The process will be uncomfortably sharp and disorientating. The West especially will not know what hit it as it emergently self-reorganizes back into something that resembles the old-time feudalism.  We have a new kind of mass squalor in America ..."

And so the Democratic Party has gone and hoisted the flag of "socialism" on the mizzenmast of its foundering hulk as it sets sail for the edge of the world. Bad call by a ship without a captain, and I'll tell you why. Socialism was the response to a particular set of circumstances in time that drove the rise of industrial societies. Those circumstances are going, going, gone.

The suspicion of industry's dreadful effects on the human condition first sparked in the public imagination with William Blake's poem "Jerusalem" in 1804 and its reference to England's newly-built "dark satanic mills." Industry at the grand scale overturned everyday life in the Euro-American "West" by the mid-19th century, and introduced a new kind of squalor for the masses, arguably worse than their former status as peasants.

And thus it was to be, through Karl Marx, Vlad Lenin, and the rest of the gang, ever-strategizing to somehow mitigate all that suffering. Their Big Idea was that if government owned the industry (the means of production), then the riches would be distributed equally among the laboring masses and the squalor eliminated. You can't blame them for trying, though you can blame them for killing scores of millions of people who somehow got in the way of their plans.

The World's First Small Nuclear Reactor Is Now Under Construction