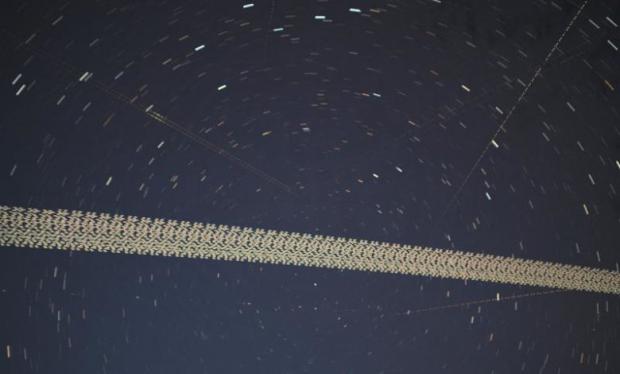 In late April, the U.S. Federal Communications Commission (FCC) approved a modification that SpaceX had made to the design of its Starlink megaconstellation, which beams broadband service down using satellites in low Earth orbit (LEO).

That modification, which SpaceX proposed in April 2020, applies to a license that the FCC has already granted. It moves the operating altitude for more than 2,800 future Starlink satellites much lower, from between 680 miles and 810 miles (1,100 to 1,300 kilometers) to around 340 miles (550 km) — the same patch of LEO that houses currently active Starlink craft. (SpaceX has launched more than 1,700 Starlink satellites to date, the vast majority of them to that 340-mile height.)

Approval of the modification isn't sitting well with two other players in the satellite-communications field. Last week, both Dish Network Corp. and Viasat filed appeals with the United States Court of Appeals for the District of Columbia Circuit, asking that the approval order be deemed unlawful and set aside.

Dish's appeal characterizes the FCC approval as "arbitrary, capricious and unreasoned" and asserts that it contravenes both the agency's own rules and the U.S. Constitution.

The approval order "delegates to SpaceX a part of the FCC's own statutory responsibility to ensure that SpaceX's own operations do not cause unacceptable interference, and contracts out another part of that responsibility to the ITU, without any substantive oversight by the FCC, all in violation of the Constitution's Article I and the nondelegation doctrine," the appeal states.

The ITU is the International Telecommunication Union, a United Nations agency that, among other duties, manages the world's satellite radio-frequency spectrum.