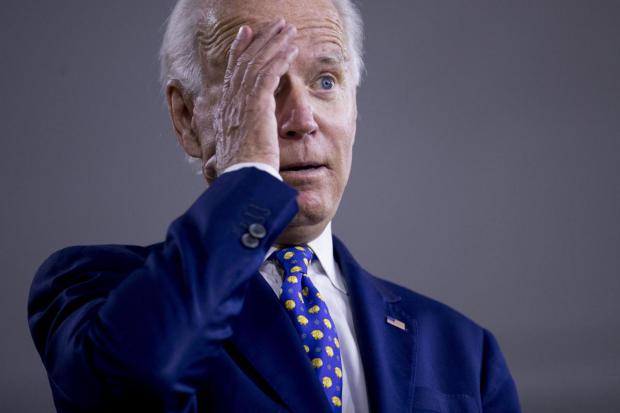 Rod Dreher said it, and I couldn't agree more. Joe Biden is too boring to hate. We conservative columnists are going through a crisis of agreeability. As far back as I can remember, from Carter to Obama, it's always been fun to write about Democrat POTUS. You know, Carter had the wits of a piece of dry wood, Clinton made it way too easy for us, and Obama was so incredibly phony that even today I'm convinced he's a white, blue-eyed redhead. But Biden is different. There's not much you can say about someone who wakes up every morning trying to remember, with help from his advisers, his own name.

Even the most partisan journalists are having a bad time defending him. You can criticize an idiot or back a madman with all your soul, but it's exceedingly difficult to show the slightest enthusiasm for someone who has the same personal appeal as those arugula sprouts that hipster restaurants put on their six-story, 10-cheese vegan burgers. And taking into account that he is the president of the most powerful nation in the world, and the most radical of those who have ever held the office, his ability to generate irrelevance is amazing. Biden is so absurd and paradoxical that he is capable of being extreme right and extreme left at the same time, arousing in both cases the same indifference. Whatever he says, his every speech is equivalent to half a dozen sleeping pills.

In just a few months in the White House, he has made incredibly hostile foreign policy decisions and has spoken out harshly against leaders such as Putin, whom he called a "killer," or Xi Jinping, whom he accused of genocide. Just a few days after taking office he ordered a bombing in Syria, although perhaps he just wanted to ask his secretary for some coffee and pressed the wrong button. A few days ago he made a major economic stab at Spain on account of the Google tax, which has left his admirers in the Spanish social-communist government speechless (with the sin comes the penance). And, generally, according to the logic of the progressive press, Biden has turned out to be much more fascist than Trump. But even that has not granted him half as many headlines as the former Republican president.

Turley: The Biden Administration Goes To War With The "Non-Vacs"

Biden Regime Off the Rails