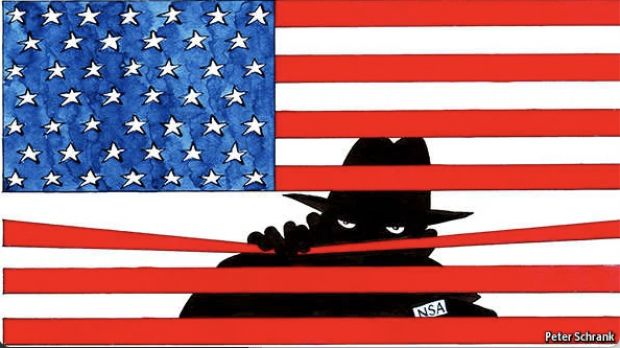 "It is just when people are all engaged in snooping on themselves and one another that they become anesthetized to the whole process. As information itself becomes the largest business in the world, data banks know more about individual people than the people do themselves. The more the data banks record about each one of us, the less we exist."—Marshall McLuhan, From Cliche To Archetype

We're being spied on by a domestic army of government snitches, spies and techno-warriors.

Beware of what you say, what you read, what you write, where you go, and with whom you communicate, because it is all being recorded, stored, and catalogued, and will be used against you eventually, at a time and place of the government's choosing.

This far-reaching surveillance has paved the way for an omnipresent, militarized fourth branch of government—the Surveillance State—that came into being without any electoral mandate or constitutional referendum.

Indeed, long before the National Security Agency (NSA) became the agency we loved to hate, the Justice Department, the FBI, and the Drug Enforcement Administration were carrying out their own secret mass surveillance on an unsuspecting populace.