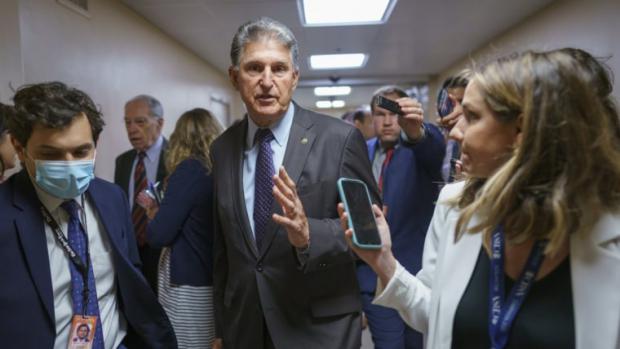 With ultra-slim majorities in both the House and Senate, Democratic lawmakers are facing a completely stalled agenda thanks to centrist lawmakers who refuse to nuke the Senate's legislative filibuster - preventing progressives from ramming legislation through without bipartisan cooperation to achieve the 60-vote hurdle.

Most prominent of among the centrists is Sen. Joe Manchin (D-WV), who most recently penned a Sunday Op-Ed explaining why he's voting against the Democrats' "For the People Act" - namely, because "congressional action on federal voting rights legislation must be the result of both Democrats and Republicans coming together to find a pathway forward or we risk further dividing and destroying the republic we swore to protect and defend as elected officials."

"I will not vote to weaken or eliminate the filibuster," he added.

"Of course I'm frustrated. Who isn't frustrated?" one anonymous Senate Democrat told Politico, adding "Do you want to see the patches where I pulled my hair out?"

The left-wing loggerheads mean that for now, a laundry list of high-profile priorities are effectively on the shelf. Meanwhile, the Senate parliamentarian has ruled that Democrats can't simply end-run the 60-vote hurdle this year by eliminating the filibuster.