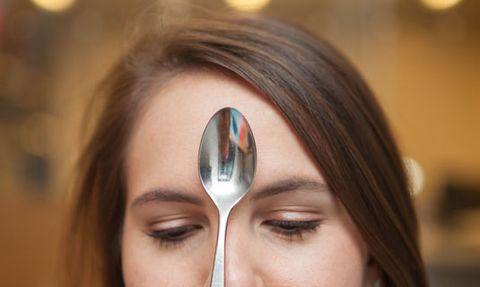 A doctor known for her wild anti-vaccination claims has testified that the Covid-19 vaccination causes recipients to become magnetized.

Sherri Tenpenny, an osteopathic physician, made the bizarre declaration on Tuesday at a Ohio State Health Committee meeting.

She based her theory on viral internet videos purporting to show vaccinated people sticking keys, forks and spoons to their body.

'They put a key on their forehead and it sticks, they could put spoons and forks all over them and they could stick because now we think that there's a metal piece to that,' the doctor said on the House floor.

She continued by tying her claims into another theory about the vaccines containing microchips that use 5G technology.

'There's been people who have long suspected that there was some sort of an interface, yet to be defined, an interface between what's being injected in these shots and all of the 5G towers,' she said.

Tenpenny was speaking in favor of Ohio State House Bill 248, dubbed the Vaccine Choice and Anti-Discrimination Act, which would ban mandatory vaccinations in Ohio and prohibit schools and businesses from requiring that attendees are vaccinated.

The idea of magnets sticking to the injection areas, might not be as crazy as it seems. Sure, there are fake videos about this. But consider. Covid is a lung thing. And Covid patients can be breathing quite well, and yet the oxygen is not accepted into their systems. The problem has to do with Covid deactivating the hemoglobin and iron which normally picks up the oxygen and transfers it thru the blood to carry all over the body. The vaccine injection site hangs onto a large amount of the vaccine for many days, even months. But because it's Covid stuff, it causes the same hemoglobin/iron problem in the area of the jab. This draws iron to the spot from throughout the body, to try to heal this little spot, same as the with the lungs. Excess iron is there, and magnets stick to it.