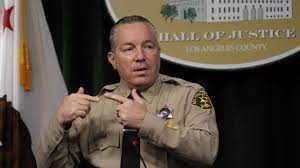 "In 2021, that 36 percent has now become 92 percent, which is a huge statistical jump," Sheriff Alex Villanueva told The Epoch Times.

"We're seeing increases in all the categories - assault with a deadly weapon, arson, rape...  these things are continuing upward unabated."

The widespread uptick in crime is the direct result of Gascón's election as DA of L.A. County and his failure to prosecute offenses, according to Villanueva. Since Gascón took office, 2,690 cases—about 30 percent—"that normally would have gone through were rejected," he said.

HEADS UP - WALGREENS (and probably everyone else) IS SWAPPING OUT FLU SHOTS...