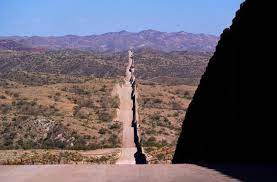 In an interview with Breitbart News, Abbott said Texas "will immediately begin building border barriers in areas where migrants can easily cross the Rio Grande border with Mexico."

Abbott was attending a a border summit in Del Rio, Texas where he noted that the city is "is suffering from some of the largest increases" of undocumented migrants.

"They're seeing a lot of very bad dangerous people come across the border. People that they are afraid of encountering, people who are causing damage to their fences, their livestock, their crops, their neighborhoods, and their homes," Abbott urged.

"Bad things are happening around here, and so they need help from the state to help them address this exploding crisis," the governor further explained.