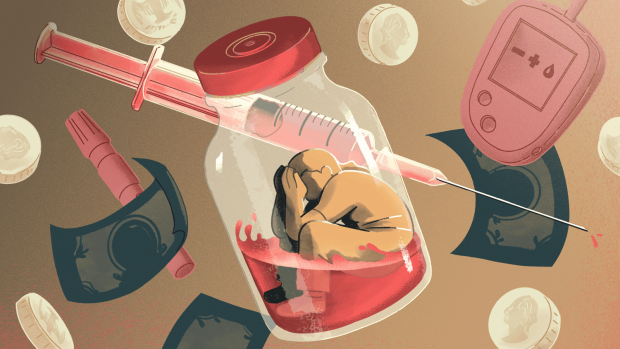 The first dose of insulin was given to a diabetic child in 1922. So, how is it that today, the cost for it is sky high instead of it being dirt cheap, generic drug?

Essentially, it's a scam.

Corporations make tiny tweaks to the formula, copyright it and charge outrageous amounts for a very cheap drug while preventing competitors from producing it cheaply. Congress should have fixed this long ago, but they get an awful lot of campaign contributions to leave this broken, abusive copyright system in place. To his eternal credit, Donald Trump did something about this. He cut a deal with big pharma to reduce the cost of insulin and EpiPens at 1000 health care facilities, but Biden froze the rule in January to delay its implementation.

After initially pausing the policy when after taking office, the administration is now officially halting it. As Fox Business reported:

The White House this week gave President Biden the greenlight to move forward with removing a Trump-era health care policy designed to bring down the price of insulin.

The measure, signed off on under the previous administration in December, aimed to require some 340B community health centers to deliver savings to low-income patients for insulin and epinephrine in a bid to bring down unaffordable prices.

Turley: The Biden Administration Goes To War With The "Non-Vacs"

Biden Regime Off the Rails