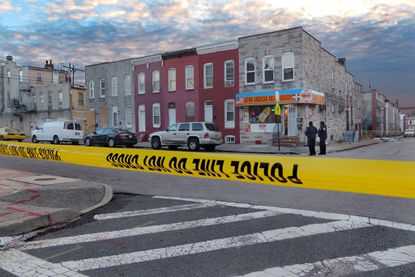 These changes aren't coming soon enough for 37 businesses in the troubled Fells Point area that have publicly said that they don't intend to pay their taxes until the city of Baltimore starts getting crime under control in their area.

The letter these business owners wrote to the city leadership was extraordinary. In it, they said they would be placing their taxes in escrow until their demands were met. What are their demands? The following, which are all basic functions of government that aren't being carried out:

1) Pick up the trash

2) Enforce traffic and parking laws through tickets and towing

4) Empower police to responsibly do their job.

Here's more from the letter.

But we have reached our breaking point. Our elected leaders have closed their eyes and ears and
turned their backs on our community for long enough. We are fed up and frustrated, and we now
realize that nothing will change unless we demand action.

So, to compel our leaders to do their job and to stand up for neighborhoods all across Baltimore, the
undersigned parties are prepared to withhold our city taxes and minor privilege and permit fees and
place those funds into an escrow account, which we will not release until and unless basic and essential
municipal services are restored.