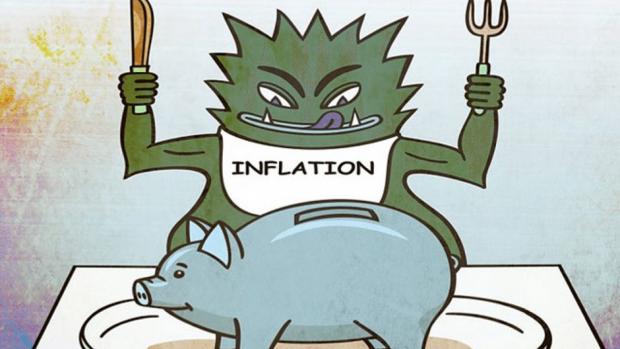 We are being told that the official rate of inflation is still in single digits, but what we aren't being told is that the way inflation is calculated has changed dramatically over the years.  In fact, according to Forbes "the government has changed the way it calculates inflation more than 20 times" over the past 30 years.  The rate of inflation directly affects so many other things in our system, and the government would like to keep that number as low as possible.  So they tinkered and tinkered with the formula until they got it just where they wanted it.

But even with the highly modified formula that they are now using, the rate of inflation still rose at the fastest pace in almost 13 years last month…

The consumer price index, which represents a basket including food, energy, groceries, housing costs and sales across a spectrum of goods, rose 5% from a year earlier. Economists surveyed by Dow Jones had been expecting a gain of 4.7%.

The reading represented the biggest CPI gain since the 5.3% increase in August 2008, just before the financial crisis sent the U.S. spiraling into the worst recession since the Great Depression.